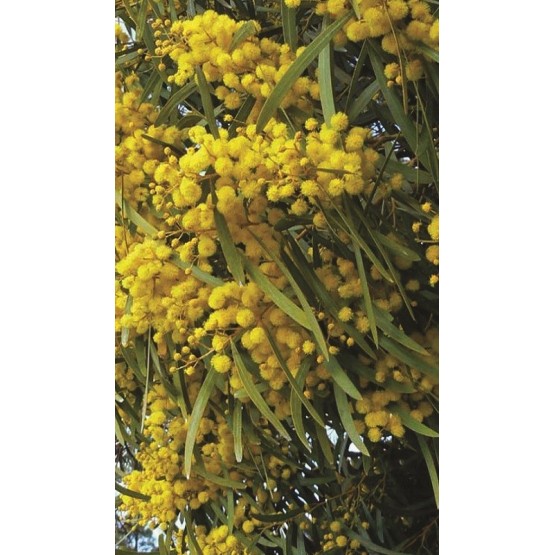 Tree with dense crown and weeping habit similar to a willow. Acacia saligna grows as a small, dense, spreading tree with a short trunk and a weeping habit. It grows up to eight metres tall. Like many Acacia species, it has phyllodes rather than true leaves; these can be up to 25 centimetres long. At the base of each phyllode is a nectary gland, which secretes a sugary fluid. This attracts ants, which are believed to reduce the numbers of leaf-eating insects. The yellow flowers appear in early spring and late winter, in groups of up to ten bright yellow spherical flower heads. The fruit is a legume, while the seed is oblong and dark to black in colour.