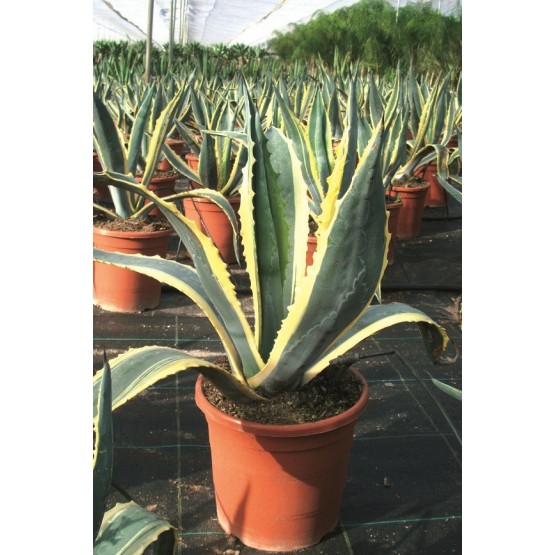 A succulent with thick fleshy, assurgent leaves, tipped with a sharp spine. They are bicoloured, green on the inside and yellow on the outside. Agave americana, common names century plant, maguey or American aloe, is a species of flowering plant in the family Agavaceae, originally from Mexico but cultivated worldwide as an ornamental plant. Despite the common name "American aloe", it is not closely related to plants in the genus Aloe. This plant typically lives only 10 to 30 years. A monocarpic succulent, it has a spreading rosette of gray-green leaves up to 2 m long, each with a spiny margin and a heavy spike at the tip that can pierce to the bone. Its common name likely derives from its semelparous nature of flowering only once at the end of its long life. The plant dies after flowering, but produces suckers or adventitious shoots from the base, which continue its growth.